Clamping down on silage lessons 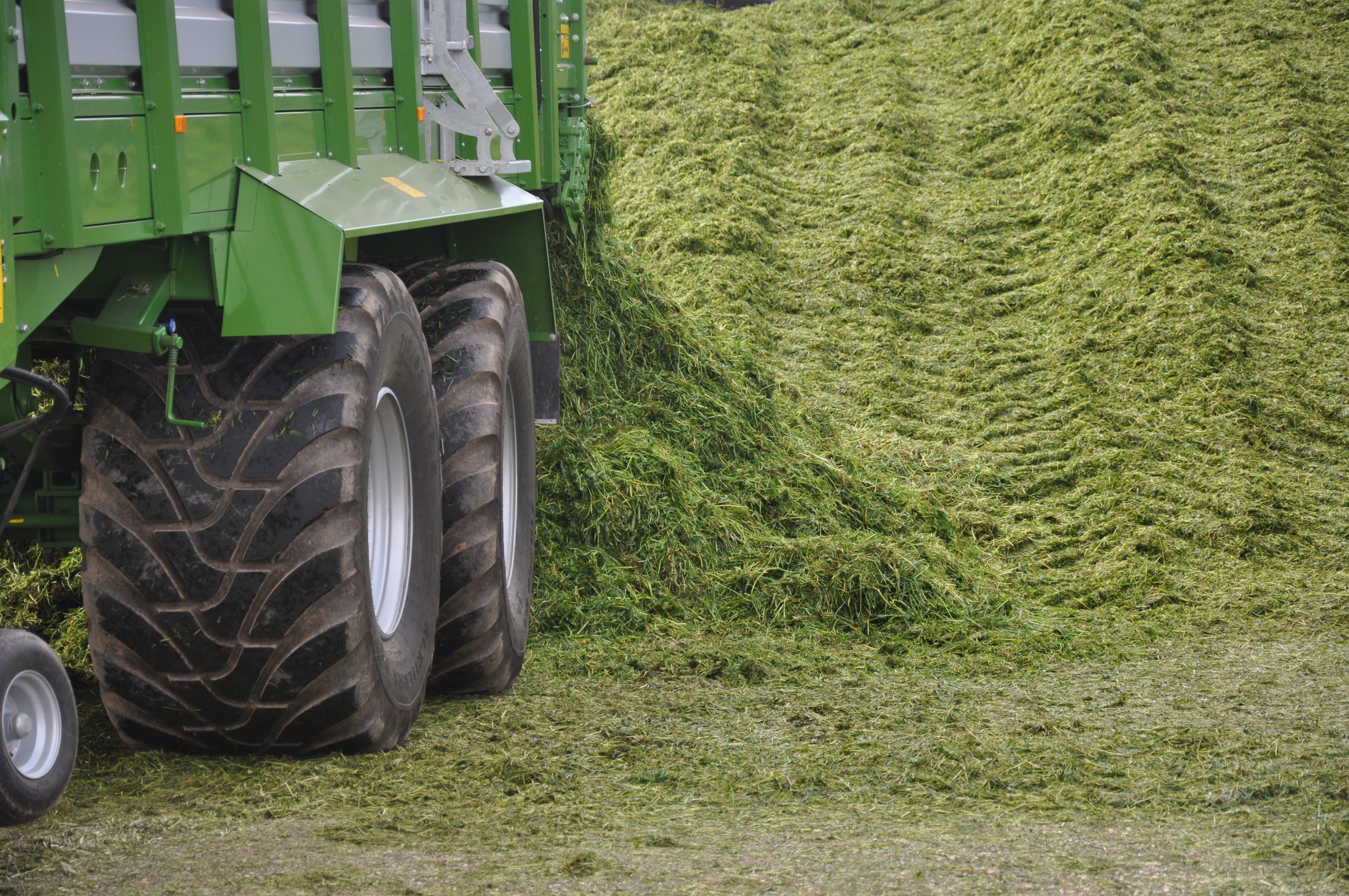 Clearly the big issue on many farms this winter is a lack of silage, says Darran Ward, one of Volac’s nationwide team of experts that helps farmers improve forage conservation.

After the dry summer, silage quantity was out of farmers’ hands. But even so, there are still lessons in the clamp that could help lift both quantity and quality when making the coming season’s silage, he says. Provided you know where to look.

Lessons from your silage clamp

“You’ll already know how your silage is feeding, and hopefully have a silage analysis,” says Mr Ward. 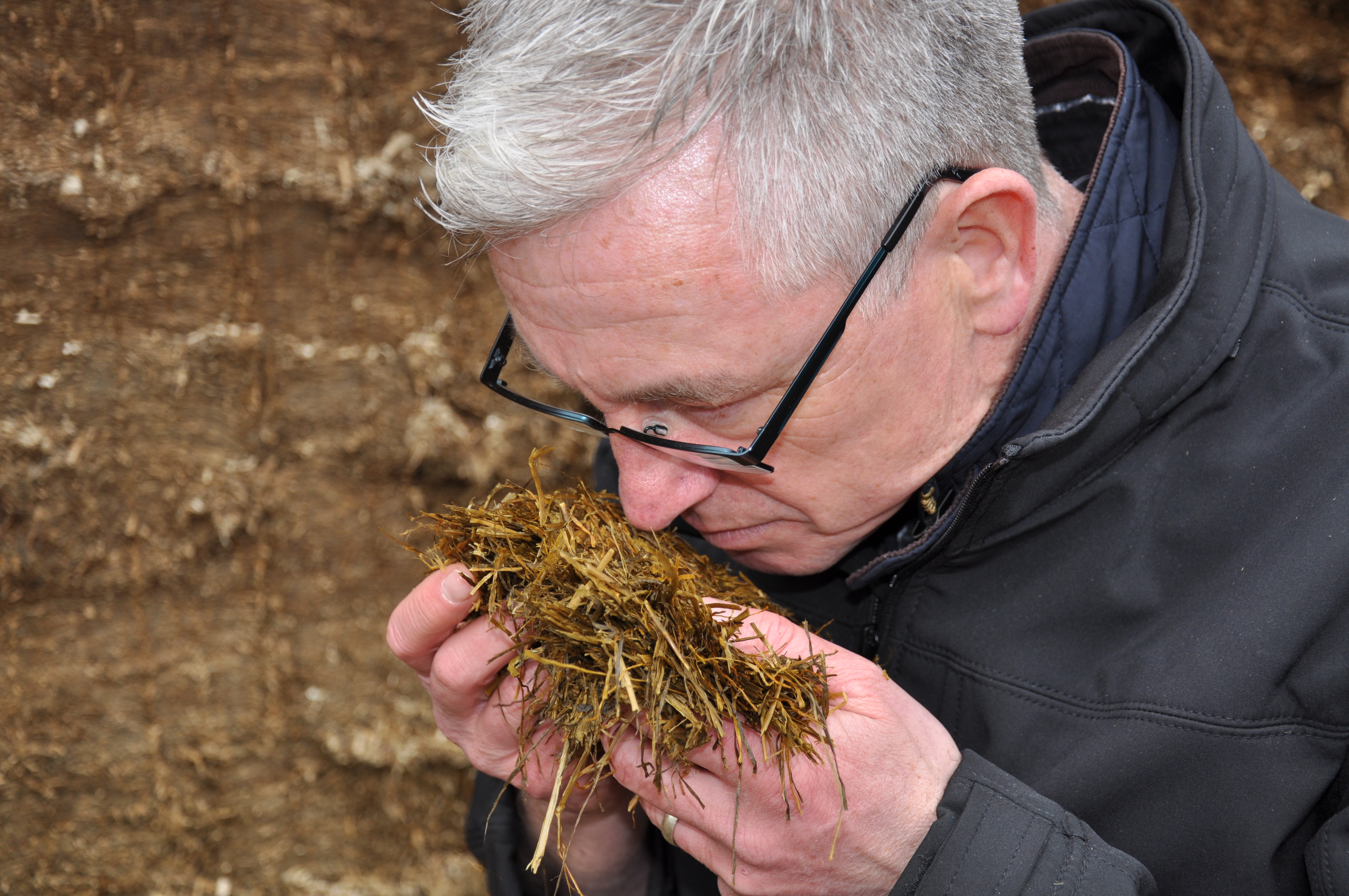 “Combining these two with a clamp inspection provides a powerful insight into things you could do differently next time around.

Grass silage is one of the cheapest feeds available after grazed grass. And it could be providing your main forage for six months of the year. So there’s potentially a lot to gain by spending a half an hour or so identifying possible areas for improvement.

To help, Mr Ward suggests a five step process of clamp inspection – making notes as you go along.

Begin with a visual inspection, he says. If the clamp is emptier than normal, you can’t rewind the clock on last year’s grass growth, but you can take steps to maximise grass yields in the future, he points out, by replacing old leys with new higher-yielding mixtures.

As well as assessing quantity, check the colour,” he adds. “Good grass silage should be a nice olive green. Darker or black areas can indicate excess nitrogen in the sward at harvest, which leads to poor fermentation as nitrogen buffers the beneficial acid produced during the fermentation process.

Remember, fermentation is essentially pickling of the grass in which desirable acid, such as lactic acid, is produced by beneficial bacteria, which then inhibits the growth of undesirable microbes.

“With all fertiliser, allow enough time after applying it before the grass is cut. Depending on conditions, grass utilises about two units of nitrogen a day. So if you’ve applied 70 units, you’ll need to allow 35 days before cutting, depending on the weather.”

Any surface wastage evident on the clamp can mean air penetration due to an untidy face, says Mr Ward. But deeper waste or an overall brown colour to the silage can be another sign of a poor fermentation. “In this case, clamp management needs attention – for example clamp consolidation, use of a proven additive, and clamp sealing.

“Insufficient consolidation is common on farms – often because machinery on the clamp can’t keep pace with how quickly new trailers arrive with fresh grass. When it comes to sealing, a lot of farms still omit clamp side sheets. But concrete clamp walls are porous, so will allow air to get in.

Clamp side sheets should be used and extend all the way down to the floor, says Darran Ward, because porous concrete is not as good as plastic for keeping out air. 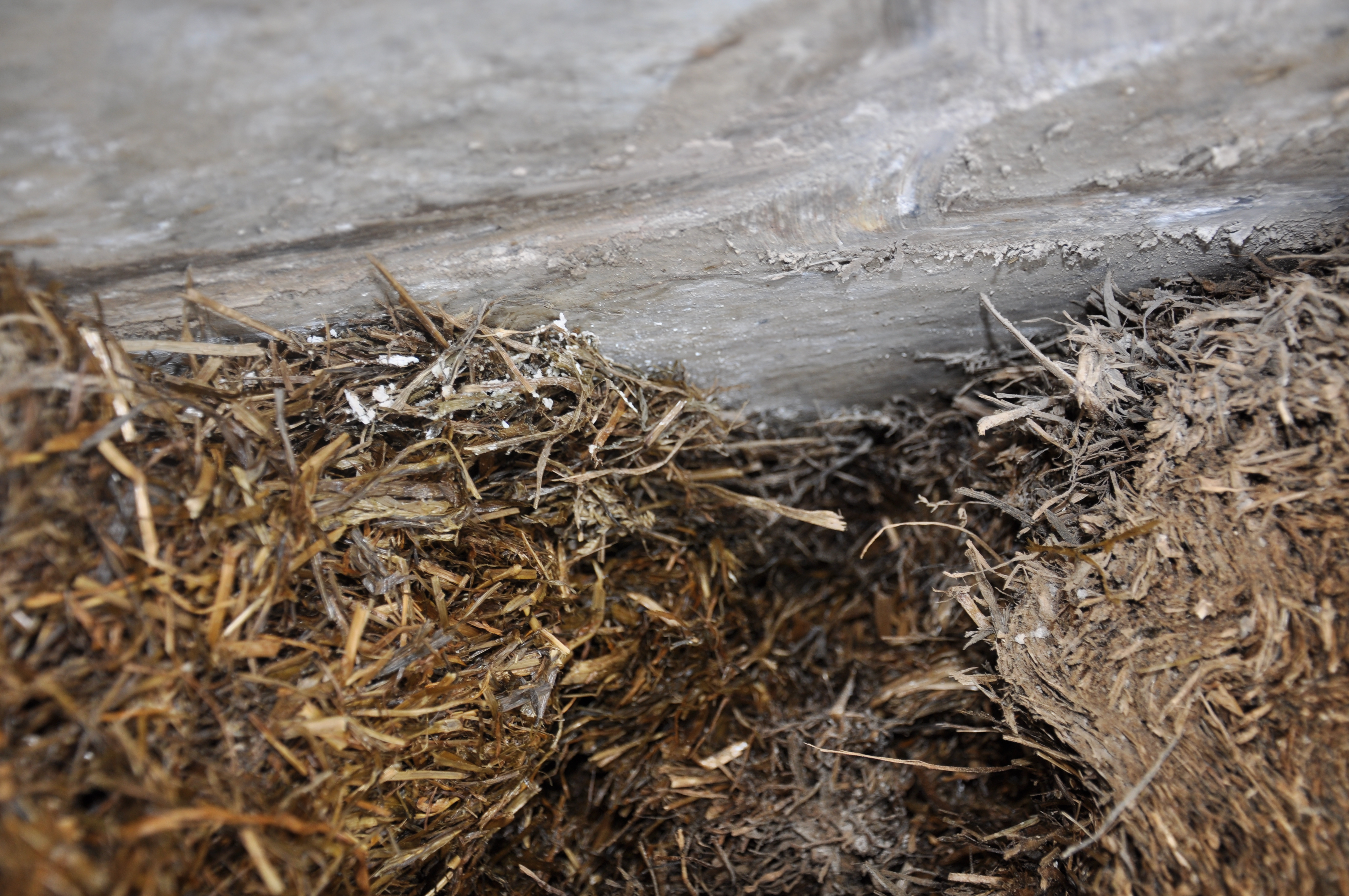 As well as a visual inspection, check how silage smells, urges Mr Ward.

It should have a nice, clean smell, but not sickly sweet.

“A poor fermentation not only reduces silage quality but also depletes quantity. So it’s important the fermentation is dominated by the right type of bacteria.

“Trials on grass showed more than 95% of the dry matter ensiled was retained when treated with Ecosyl. This was 3.7% more than without an additive. That’s equivalent to an extra 37 tonnes of dry matter available to feed from a 1,000 tonne clamp, or 123 tonnes of fresh silage if it’s at 30% dry matter.

“Put another way, at a grass yield of 12 tonnes/acre, that’s like having around an extra 10 acres of grass available to cut. And this is before taking into account feed quality improvements seen from Ecosyl use versus untreated silage,” he adds.

Find out more about using Ecosyl.

At the same time as smelling a sample of the silage, check its texture, says Mr Ward.

Assess how much leaf material it contains relative to stem material. Ideally you want mainly leaf material because this is more digestible.

“Stemmy, fibrous silage suggests cutting date was too late. Farmers may have delayed cutting last season for extra bulk. But really you want to cut before heading. After heading, there is a 0.5% decline in grass digestibility per day.

“If the silage feels slimy, this again can mean excess nitrogen in the grass at harvest, or that sugars were too low – either way leading to a poor fermentation and a proliferation of bad bugs, which are starting to break the silage down.”

An obvious sign that all isn’t well, that farmers will be very familiar with, says Mr Ward, is silage heating.

“Heating is caused by aerobic spoilage caused when air gets into the clamp and activates the activity of yeasts and moulds that start to feed on the silage’s nutrients, releasing heat in the process.

If it’s happening, it’s a sign that consolidation and clamp sealing need improving to halt the yeast and mould numbers multiplying at the point of ensiling. Using an appropriate additive will also keep silage cooler for longer.

If the silage is slightly warm but isn’t actually heating up, that may just be latent heat that’s present. It’s only if the temperature is increasing that aerobic spoilage is likely to be the culprit. Therefore, check clamp temperature at various time intervals and check how quickly silage heats up after it’s been removed from the clamp.

The last step in the process is to assess the silage’s moisture content, says Mr Ward.

You know what condition the grass was in when it was cut. If the silage is drier or wetter than you were expecting, it may be a sign it was over or under-wilted.

"The optimum is to wilt rapidly to a target dry matter of 28-32%. This will not only minimise the risk of clamp effluent from grass being too wet, but also minimise losses from it being too dry – for example grass blowing about in the field or losses from aerobic spoilage due to it being more difficult to consolidate to squeeze out air."

“Alternatively, if the silage is wetter than the grass originally ensiled, this can mean the fermentation was inefficient and slow, because slow fermentation produce excess water. Again, good clamp management and use of a proven additive will help.”

Our dedicated initiative, Cut to Clamp,  offers expert advice and practical tips on the 6 key stages of grass silage production; Cutting, Wilting, Harvesting, Treating, Clamping and Feeding, to help farmers understand what they can do on their farm to improve their results.  Explore the Cut to Clamp website today or download our step-by-step guide which good practice in silage production and includes top tips and video resources from independent silage expert – Dr. David Davies.