With the drive to farm sustainably, be sure to capitalise on the excellent potential in this year’s forage maize crops as a high-energy, home-grown feed for dairy cows. Do this by minimising nutrient losses and wastage when turning maize crops into silage. 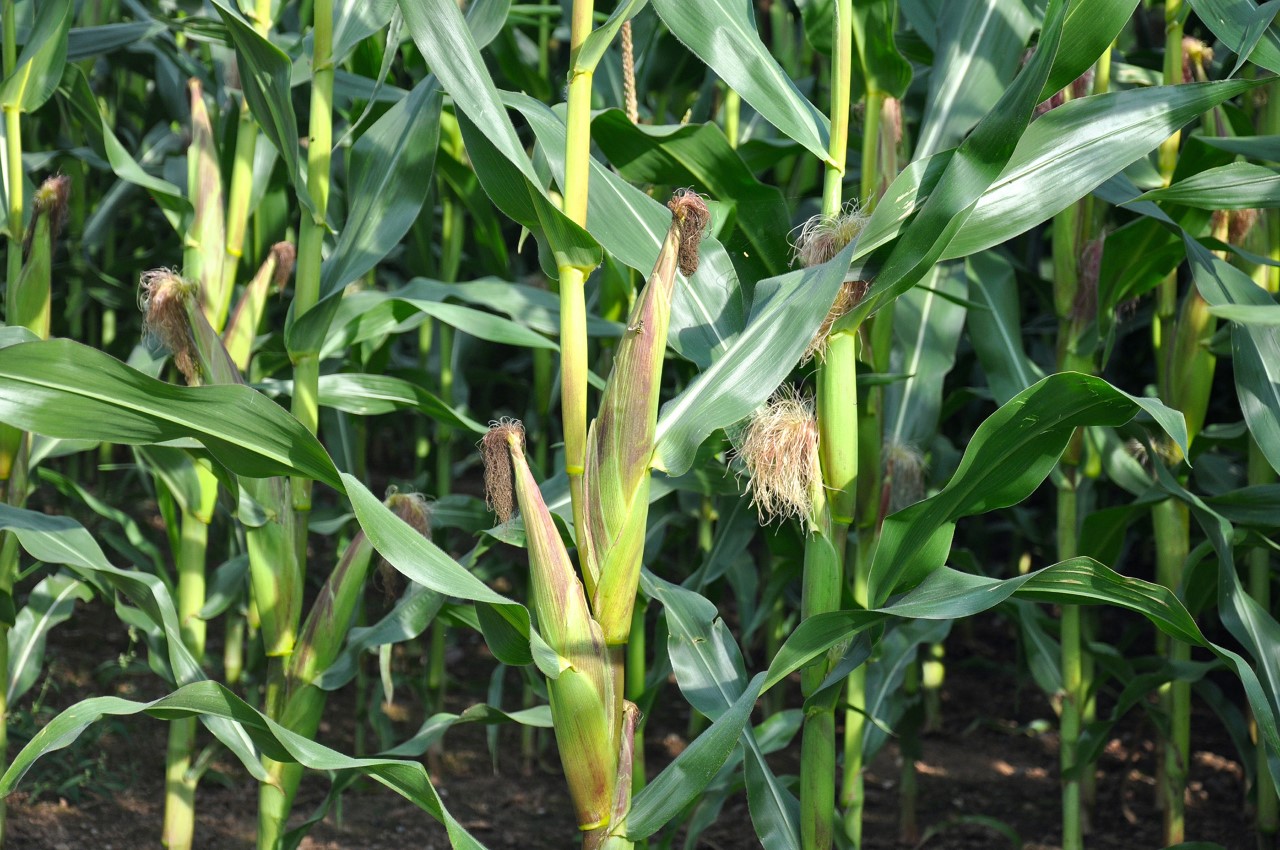 Those are the messages from Volac silage expert Ken Stroud, who says this season has set the scene for some very good maize crops. But maize can harbour a range of undesirable microbes – for example on dying leaves and on rotting tassels that collect in leaf joints – which can feed on its nutrients and interfere with preservation in the clamp.

“Unless prevented, undesirable bacteria, yeasts and moulds can cause losses equivalent to between one and two trailer loads of dry matter out of every 10 trailer loads ensiled,” says Mr Stroud. “More importantly, losses aren’t just the least nutritious parts of the dry matter. They are likely to be sugars and starches, which are the main energy sources that maize is grown for.”

To help farmers minimise losses and lock-in the maximum sustainability benefits of maize, Volac has prepared a five-point checklist of some best practice harvest and ensiling tips.

1. Harvest maize at its peak

Maize is often regarded as only ready to harvest once it dies back. But the optimum is as soon as it reaches 30-33% dry matter content, Mr Stroud stresses, which is usually while it is still green. 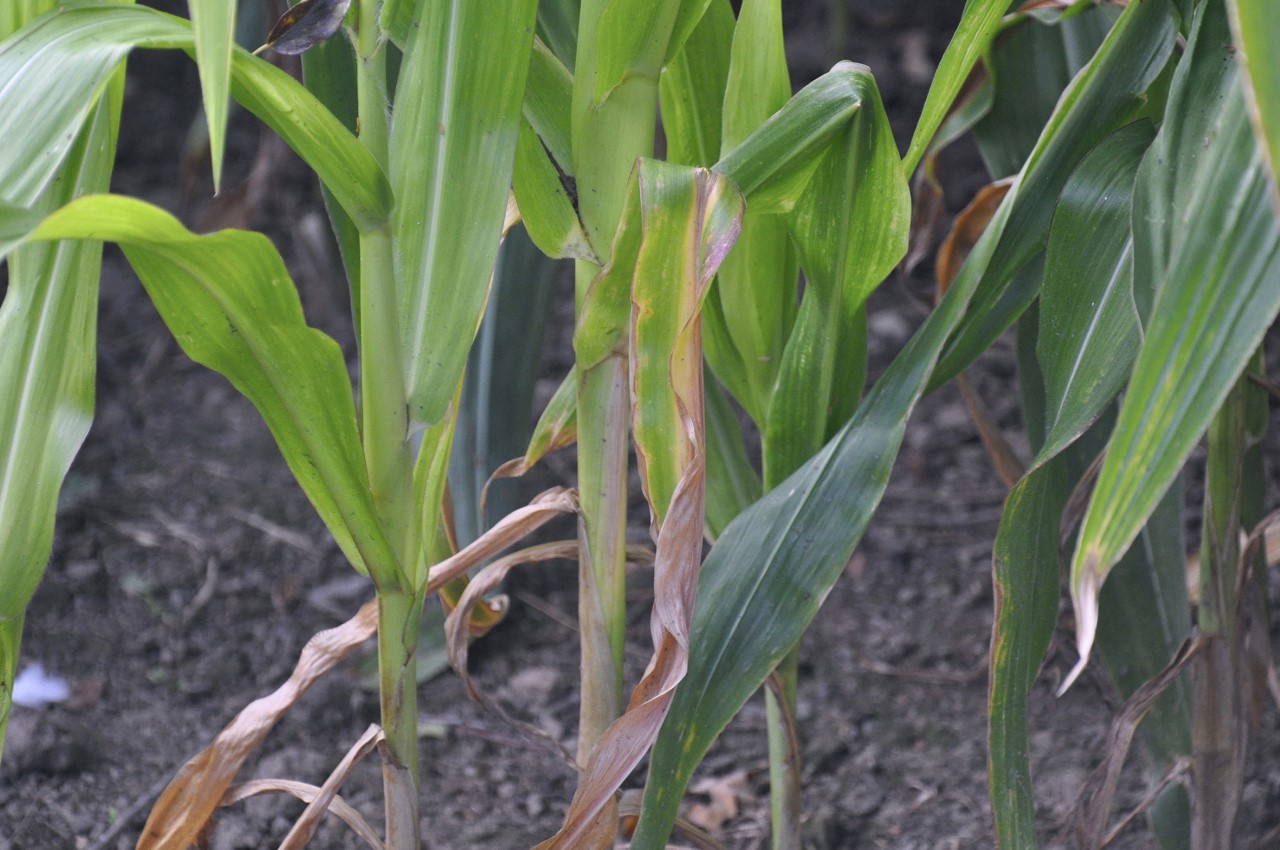 Waiting longer can increase starch in the cobs. But if this is at the expense of leaves dying back, then the plant will become less digestible to the cow. Also, this dead leaf tissue harbours yeasts and moulds. Monitor the crop’s increasing dry matter regularly,” he urges. “That way, you can give your contractor advanced notice of when 30-33% dry matter is likely to be reached.

Take steps to improve fermentation, for example by applying a proven bacterial additive. In trials, an additive containing the efficient fermentation bacterium Lactobacillus plantarum MTD/1 has cut dry matter losses by half.

As well as fermentation losses, maize silage is prone to similar losses from heating – caused by yeast and mould growth in the presence of air. Airtight conditions in the clamp (see below) are crucial to minimise these losses, says Mr Stroud, but this alone is not always sufficient, particularly in clamps with wider faces which, once opened, are exposed to air for long periods of time.

Applying a dual-acting bacterial additive allows you to target both problems,” he says. “Ecocool, for example, contains MTD/1 bacteria for fermentation, plus Lactobacillus buchneri PJB/1 to inhibit yeast and moulds. It has been shown to keep maize silage cool and stable for more than 10 days.

4. Clamp down on consolidation

Do not compromise clamp consolidation. It can be tempting if in a rush, Mr Stroud acknowledges, but you could be living with the consequences of poor preservation from air in the clamp for a long time. 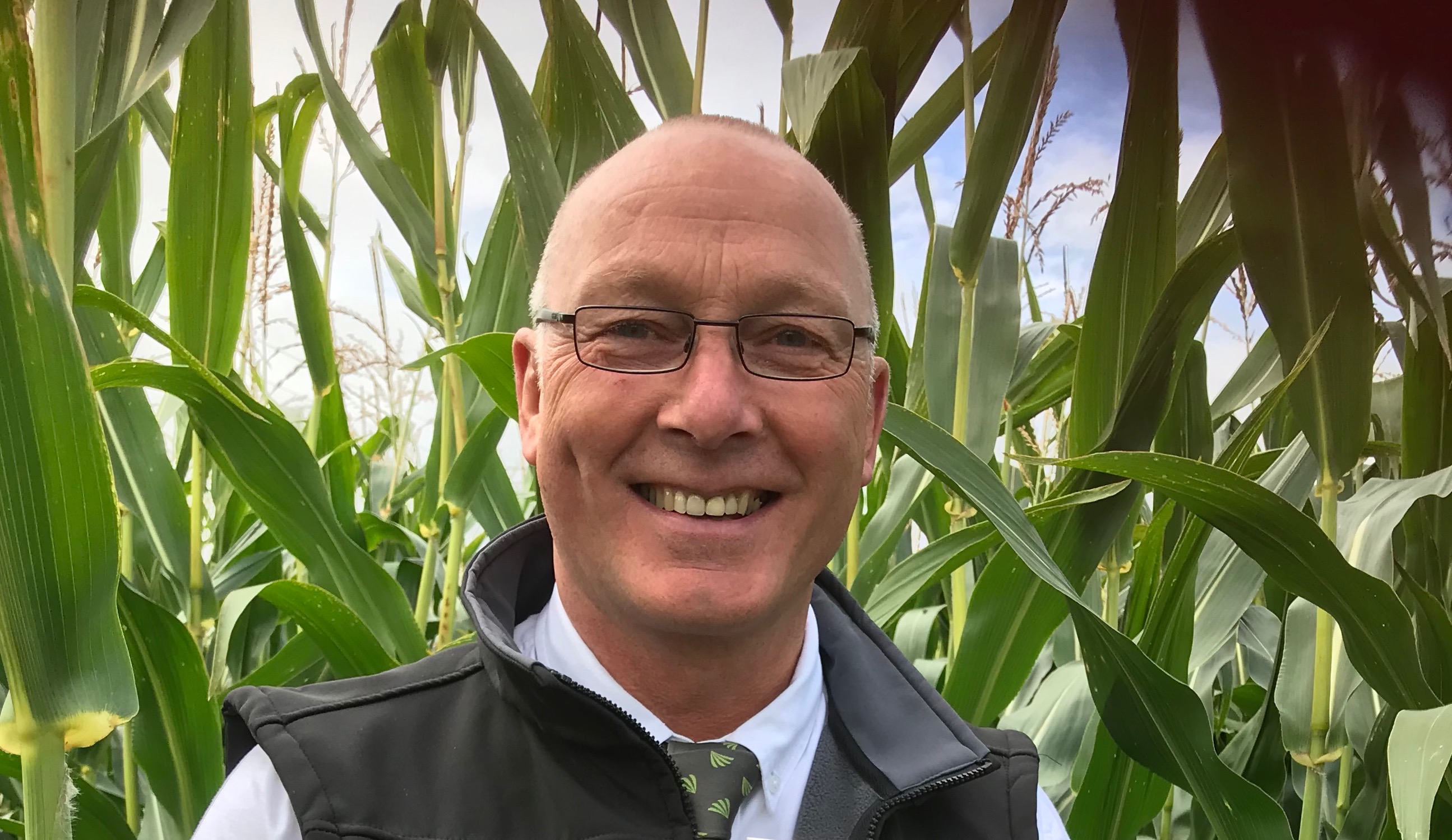 Shorter chop lengths are useful to aid consolidation, especially if maize is dry. So consider chopping to 1.2-2.2cm. Also, fill clamps at a maximum angle of 20 degrees to the horizontal and in layers at most 10-15cm deep, to get maximum benefit from the compaction machinery. Typically, maize at 30% dry matter requires 25% of its weight arriving at the clamp per hour to consolidate it. So 100 tonnes per hour requires 25 tonnes, which means at least two machines rolling constantly.

Once air has been squeezed out, keep it out by creating as much of an airtight bag in the clamp as possible, says Mr Stroud. In practice, he says this means lining the walls with polythene side sheets down to the ground because concrete can be porous, and placing an oxygen barrier film on top of the maize, which ‘clings’ to it to seal the surface.

Contact Ken Stroud for more information on maize sustainability, 07713 197084 or via ken.stroud@volac.com 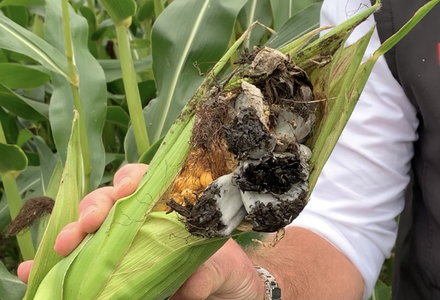