The message from Volac silage specialist Peter Smith, at a clamp talk for farmers in the Gloucestershire Grassland Society, was that good silage will be vital to making the most of good milk prices in the coming season. 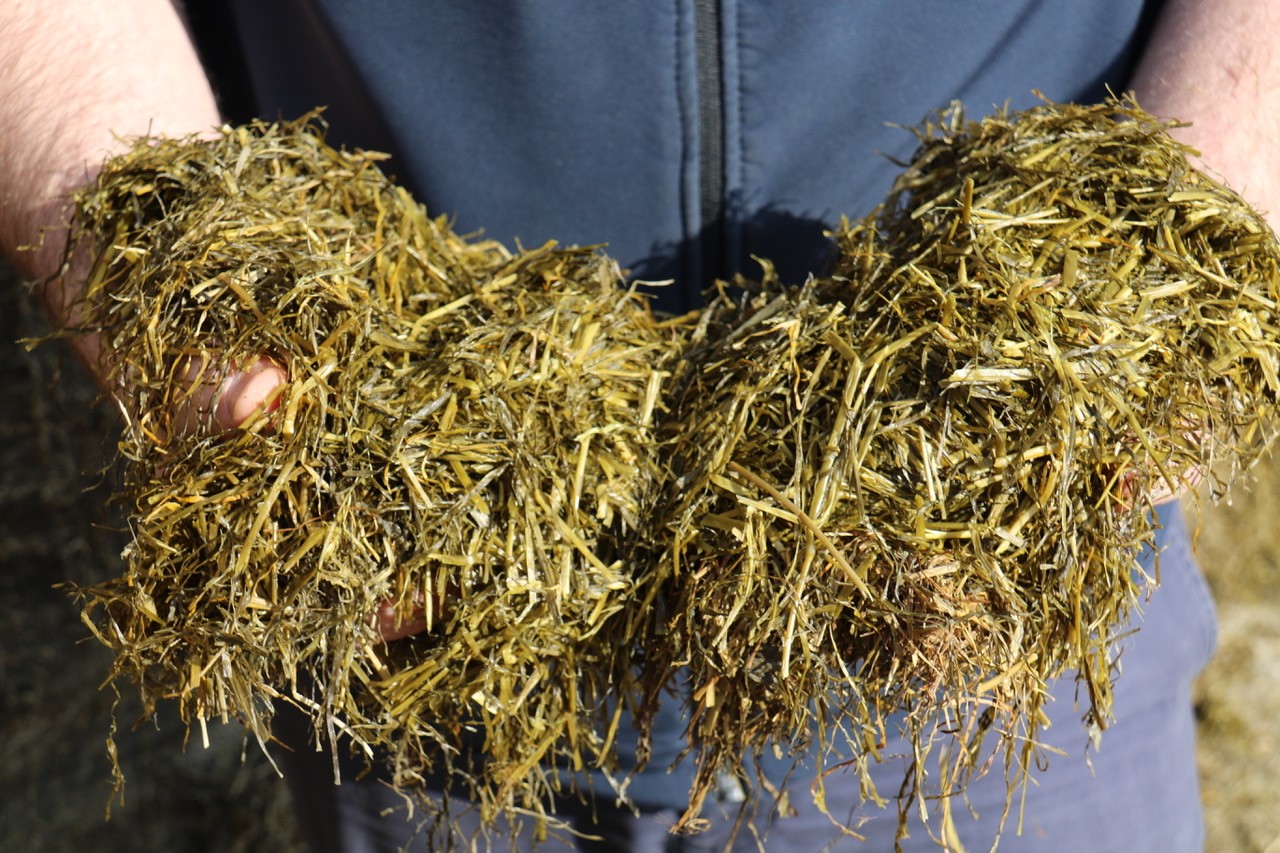 David Merrett, the society’s chair, explained that as an independent organisation, the society aimed to help producers make better use of forage and utilise grassland for both profitability and environmental sustainability.

The aim of the event was to help farmers produce quality silage and do so efficiently, to improve business resilience against volatile costs.

Mr Merrett said: “Looking at fertiliser costs, it has never been more important to make good silage and make this with the least amount of fertiliser. 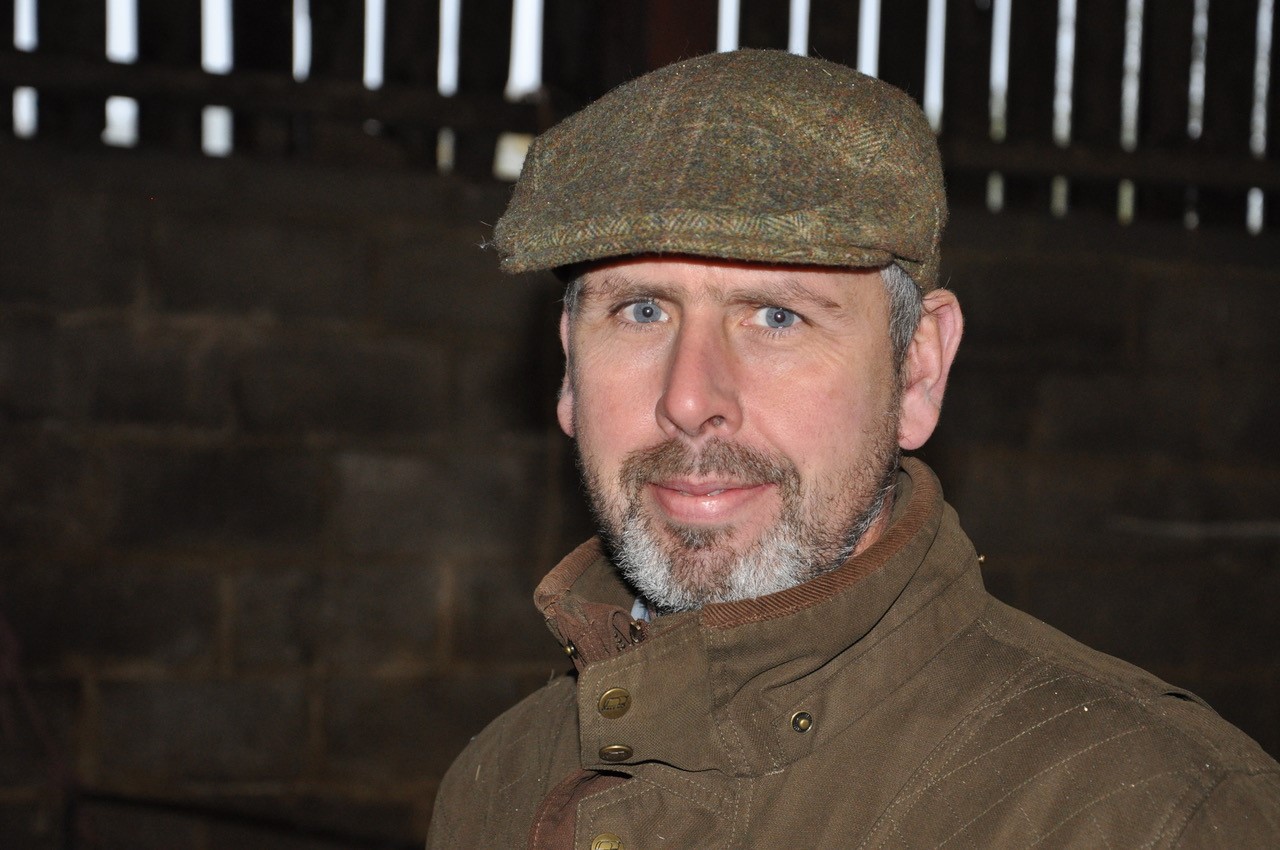 Giving pointers on how to capture maximum nutrient value in grass silage, Mr Smith said in an untreated clamp that even the best silage can lose 10% of its dry matter (DM).

However, ‘bad’ bacteria do not just consume fibre in silage, they feed on sugars and proteins. So in nutritional terms, losses are greater.

Mr Smith said: “To minimise clamp losses, one of the first things to focus on is ensiling at the optimum % of DM. Wetter silages require a bigger fermentation, which uses up more energy from the grass to get to a stable pH.

Ensiling at 30% DM is ideal, not only for reducing these losses but also for reducing heating and for aiding silage intake by the cow.

In terms of silage metabolisable energy (ME), he said the ideal is 11-11.5 ME or above for dairy diets. If first-cut ME is lower than expected, it is often a sign of late cutting or might be because the sward contained a lot of carryover grass from winter rather than fresh growth.

Protein is also important and the level at harvest would depend largely on the type of grasses and on nitrogen (N) fertiliser usage, said Mr Smith, with protein levels falling as the crop ran out of N.

Mr Smith said: “As an indicator of protein preservation, scrutinise the ammonia levels on your silage analysis. Ammonia comes from protein breakdown. The lower the ammonia, the more efficient the fermentation has been and the more of the protein that was originally in the grass that will still be present.

“Preserving more energy and protein is all about good fermentation. And a good measure of the efficiency of a fermentation is the ratio of lactic acid to volatile fatty acids [VFAs].

VFAs are often the result of less desirable fermentations. So you want a ratio of beneficial lactic acid to weaker VFAs of at least 3:1.

“In a good fermentation, in which sugar in grass is converted by ‘good’ bacteria only into lactic acid, there is no loss of DM and virtually no loss of energy in this process.

To improve fermentation, trials show that treating with Ecosyl produces a much faster pH fall, which inhibits ‘bad’ bacteria. It has also halved DM loss and improved digestibility and true protein preservation.

He said: “If you want quality silage you need young grass. Do not cut by calendar date. As we approach the longest day of the year, the lignin in grass increases, but cows cannot digest lignin.

“Plus, seasons are less settled nowadays. So if there is a weather opportunity to cut early, you could be better off taking it rather than waiting and risking poorer weather and a poorer crop.

“After heavier grass crops, regrowth will also be slower and another topical reason for cutting younger and taking more cuts is to allow more opportunities to apply slurry. This will be useful if applying less bagged fertiliser this year.

To reduce slurry bacteria risks, applying slurry to the stubble as soon as possible after harvest allows more time for it to dissipate into the soil, whereas delaying application allows regeneration of the stubble, which can provide a micro-climate for bad bugs to thrive.

Another reason to cut earlier, said Mr Smith, is that if less N is applied, grass could head earlier due to nutritional stress. 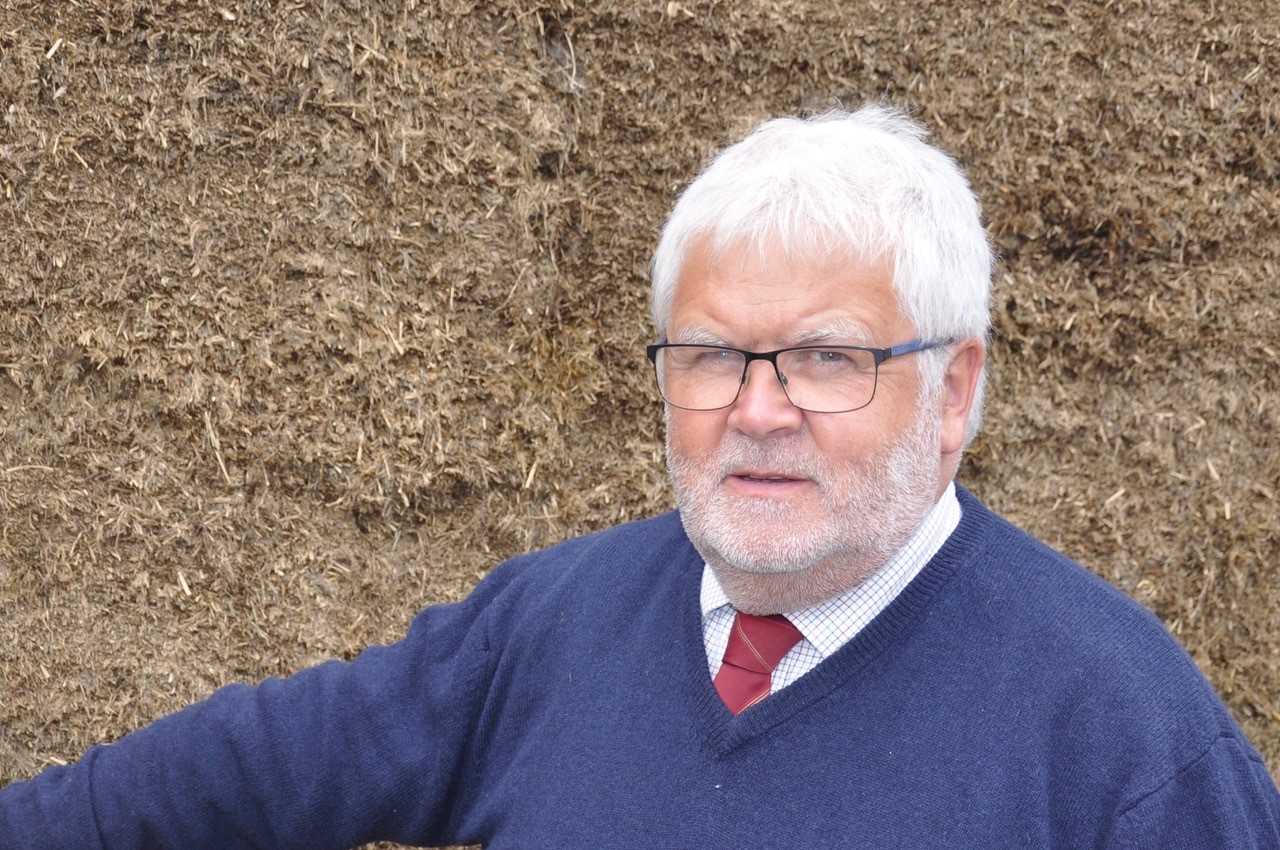 He said: “Do not be scared to cut earlier and more often. In Volac trial work, grass from a five-cut system had an average digestibility three D units higher than grass from a three-cut system and was almost 3% higher in crude protein. Over the season, the five-cut approach also yielded 0.92 tonnes/hectare more DM.

“If you normally cut every six or seven weeks, consider cutting a week earlier if the weather permits and the N has been used up. Having higher quality silage puts you in a better position to capitalise on good milk prices. Another benefit is lighter cuts are faster to wilt.”

Whenever grass is cut, Mr Smith said rapid wilting is key. After cutting, bacteria have free access to sugars once inside the grass, so increase in numbers. Also, cut grass uses sugar by continuing to respire.

Faster wilting reduces these losses and means fewer bad bacteria spoiling the fermentation. This is why it is important to cut at the correct time of day and ted promptly. Grass wilts fastest during the first two hours after cutting, he added.

Mr Smith said: “In our trial work on a light, multi-cut crop on a warm and dry July day, cutting at 10am and tedding immediately resulted in grass reaching 30% DM in just four-and-ahalf hours. This compared with seven hours to reach 30% DM if grass was not tedded until five hours after cutting or 24 hours if grass was left in rows.

In real life, we have to deal with the weather. But the quicker grass can be wilted, clamped and fermented, the less sugar and protein which will be lost.

The other question farmers ask, said Mr Smith, is whether to treat with an additive. Without an additive, he said the preservation of silage DM and nutrients was much more open to chance.

“There will be bacteria naturally present on the grass, but you do not know if they are good or bad ones, or how many.

A proven additive outcompetes bad bacteria, putting you in better control of the fermentation, to the extent that feeding a range of silage crops made with Ecosyl has been shown to deliver an average of an extra 1.2 litres of milk/cow/day.

Want to improve forage production and utilisation? Volac are once again pleased to contribute to the Grassland Toolkit this 2022 - packed to the brim with useful tips. Download here.