Measuring and managing opens the door to sustainable silage profit

Using technology to produce silage more efficiently and sustainably is paying off both financially and environmentally for one Yorkshire farm. 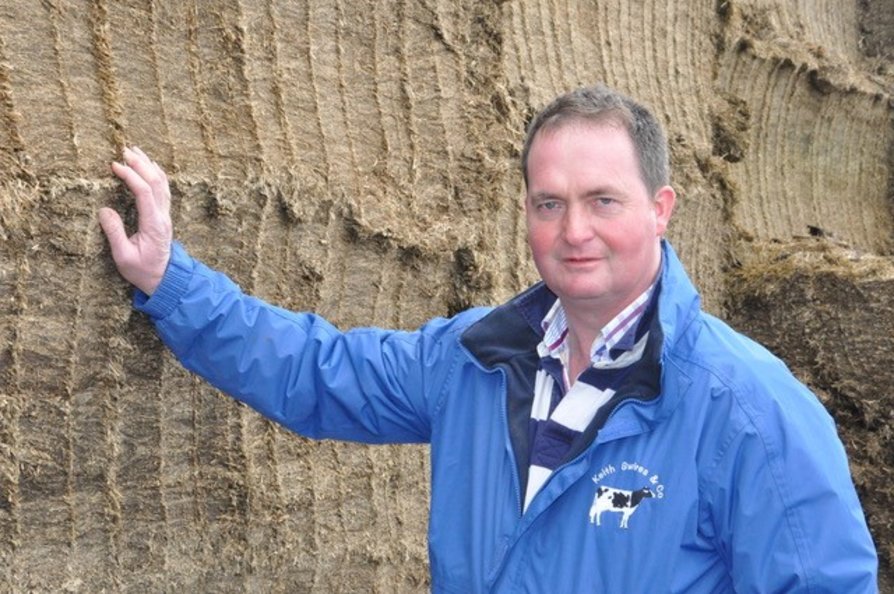 When brothers Gary and Steven Swires decided to take better control of their silage-making three years ago, little did they realise it was such a pivotal step.

Three years on, not only has silage improved and bought-in feed use fallen, but milk quality and herd fertility have increased and, over the last year, CO2 emissions have fallen by nearly 2.5%.

Running 400 commercial Holstein Friesian milkers plus 350 heifers, and rearing beef animals to sell as stores, the brothers farm at High Moor Farm near Harrogate, with their mother Josie, Gary’s sons Jack and Jordan, Steven’s son Daniel, plus farm staff. Located in an NVZ, their 800 acres (324ha) are mainly down to grass, except 45 acres (18ha) of wholecrop wheat.

While most silaging operations are carried out in-house, a contractor was historically used for harvesting. But when an opportunity came along to buy their own self-propelled forage harvester for the 2019 season, they felt the prospect of taking full control of their silage-making from start to finish was too good to miss. 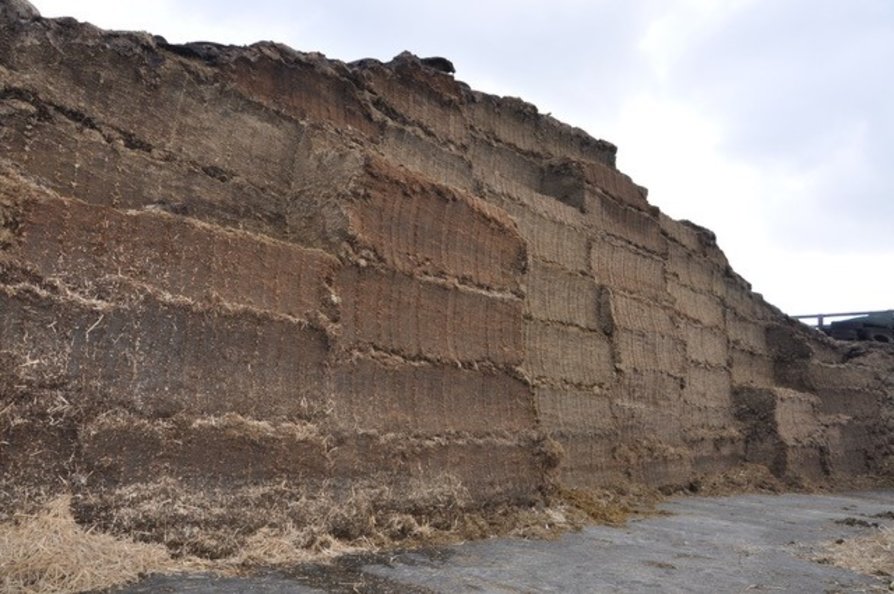 With milk sold to Arla and the farm paid for milk solids, their main goal from better silage was to raise butterfat and protein, but there was also an increasing focus on farming more efficiently and sustainably.

So when another opportunity arose just 18 months later to upgrade their first John Deere harvester to one also fitted with HarvestLab technology, which not only measures grass yield but also quality at harvest, they realised they could take the way they grow grass for silage to the next level.

As well as ensuring that the highest quality grass at the time of harvest goes into the clamp for the higher-yielding cows, the Swires are also able to use the yield and quality maps produced to identify poorer-performing areas of fields to improve how silage fields are managed. For example, bagged fertiliser and slurry are tailored more precisely, by applying higher doses in field areas showing yield or quality shortfalls, and lower doses elsewhere.

We want to maximise the potential of the grass to reduce bought-in feed use, but also want to produce grass as efficiently as possible to reduce bagged fertiliser use,” Gary explains, “especially with extreme prices. 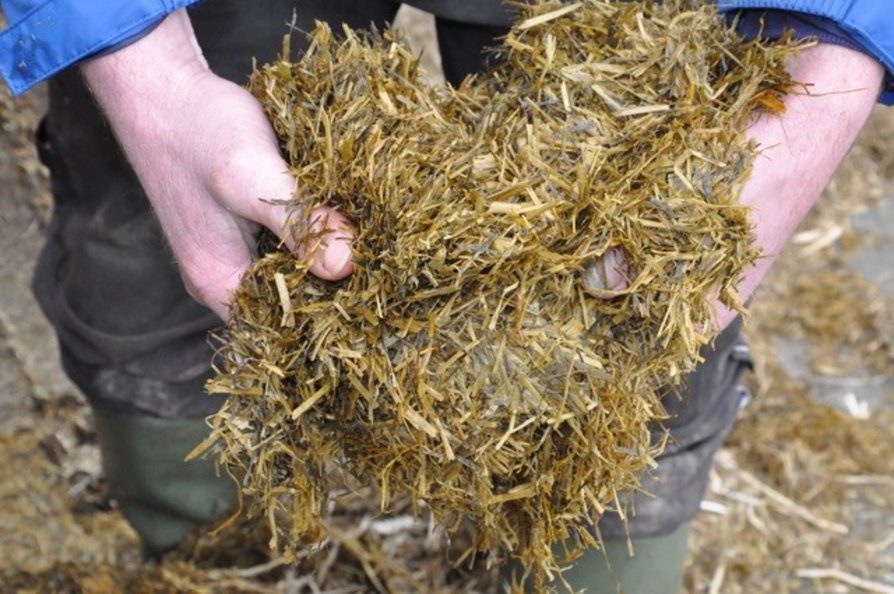 “Using NIR, the equipment measures characteristics such as % dry matter (DM), sugar, crude protein and fibre content. It tells us which fields perform best. Different grass leys can also be analysed to see which mix performs and when to reseed.

Since making our own silage, we’ve maintained milk yield at 9,800 litres/cow average, but it’s milk solids that we’re interested in. The more forage and the better the forage, the better the milk quality.

Pointing to quality improvements (see table), the brothers say in 2018, the year before fully making their own silage, average butterfat stood at 4.16% and protein at 3.29%. A year later, while butterfat remained the same, protein had increased to 3.41%. Since then, both have improved annually.

But as well as taking greater control of how they harvest silage, and more recently grow silage, the Swires have also turned their attention to how they preserve it.

Cutting every 4-5 weeks, pre-cut testing is used to keep NDF below 380-400 g/kg DM, with tedding used according to the weather – aiming for 30-35% DM – and close attention to detail is paid to consolidation. New for 2021 the family also started ensiling with additives – choosing Ecosyl for grass, but Ecocool for wholecrop to target both fermentation and risks from heating (aerobic spoilage). Gary says: “We like to use trusted brands.

“We put an additive on for reassurance. It gives that guarantee of fermentation. The harvester also applies additive at the correct rate and automatically chops drier forage shorter to aid consolidation.

Last year, silage ME ranged from 10.8-12.1. Although the weather meant first-cut was delayed from mid to late May, it still made good silage. The wholecrop, at 11 ME and 35% starch, was the best we’ve ever produced.

According to Jim McRobert of Carr’s Billington, who advises the family on forage and feeding, with around 10% of DM lost even in good clamps, improving ensiling is a key consideration for improving efficiency. “Wholecrop is expensive to produce,” says Jim, “but you don’t cross the clamp as quickly as with grass silage, so you don’t want the face spoiling and heating. There’s also proof that Ecosyl improves silage intakes and milk yield.”

Despite the brothers having some concerns that milk quality might fall through dilution if yield increased, this didn’t happen. Between 2020 and 2021, butterfat increased from 4.23 to 4.41% and protein from 3.48 to 3.50%. 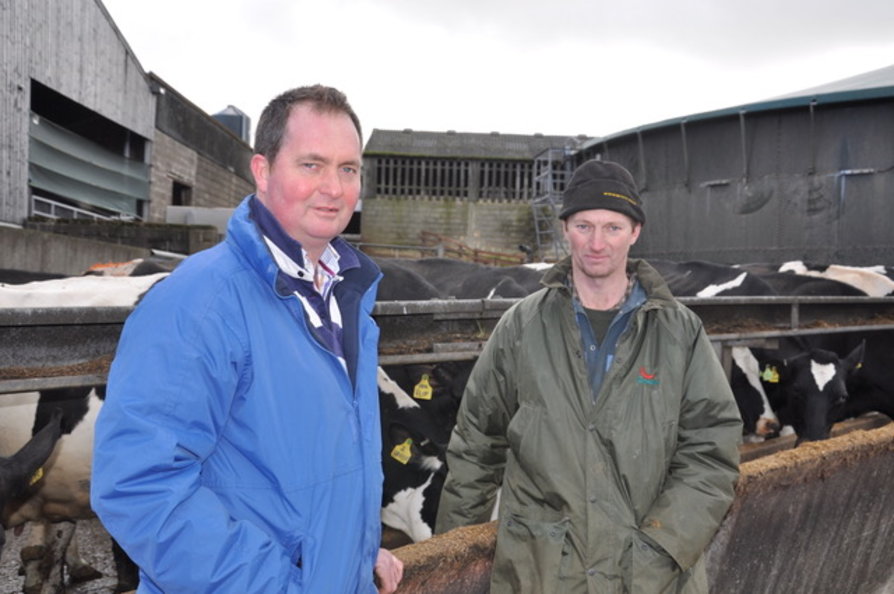 Overall, since fully making their own silage, butterfat has risen by 0.25% points and protein by 0.21% points. These increases have been worth an extra 2 ppl, says Gary, which has covered the harvester investments.

Moreover, the farm’s climate check result showed CO2 emissions fell nearly 2.5% for 2020-21 – down from 1.21 the previous season to 1.18 kg of CO2 equivalent per kg of fat and protein-corrected milk.

Getting the forage right is also making a massive difference to conception rate,” adds Gary. “Preg rate has been 27.5% recently, up from a 12-month average of 26.2%.

While the Swires believe improved cow genetics have contributed to the overall gains, they see genetics as working hand-in-hand with improved silage. Grass and wholecrop silages are fed in a TMR with bought-in caustic wheat, a concentrate blend, molasses and some straw, and supplemented with cake in the parlour.

Most recently, the family has also invested in technology that allows them to refine things further, by conducting their own analysis of silage samples direct from the clamp. Straightaway, they found this revealed significant ME variation even within the same cut, which allowed the higher ME material to be even more accurately directed to higher-yielding cows and resulted in a rapid uplift in milk protein. The same technology will also analyse the nutrient content of slurry, with the aim of further reducing reliance on bagged fertiliser. It will also detect variations in slurry nutrient content during application and automatically adjust the dose accordingly, by varying tractor speed.

Measuring and managing helps improve efficiency,” says Steven. “Improving milk quality and sustainability while reducing our carbon footprint is what we’re looking for. Having quality forage means we can reduce bought-in feed use, which also helps reduce our carbon footprint.