Philip Watson and his sons, Shaun and Anthony, are sixth and seventh generation farmers at Holywell Farms in Tyne & Wear. Their arable crops, covering 1700 acres, include: wheat, barley, oilseed rape and oats. They also have 300 acres of grass used to make top quality equine haylage. 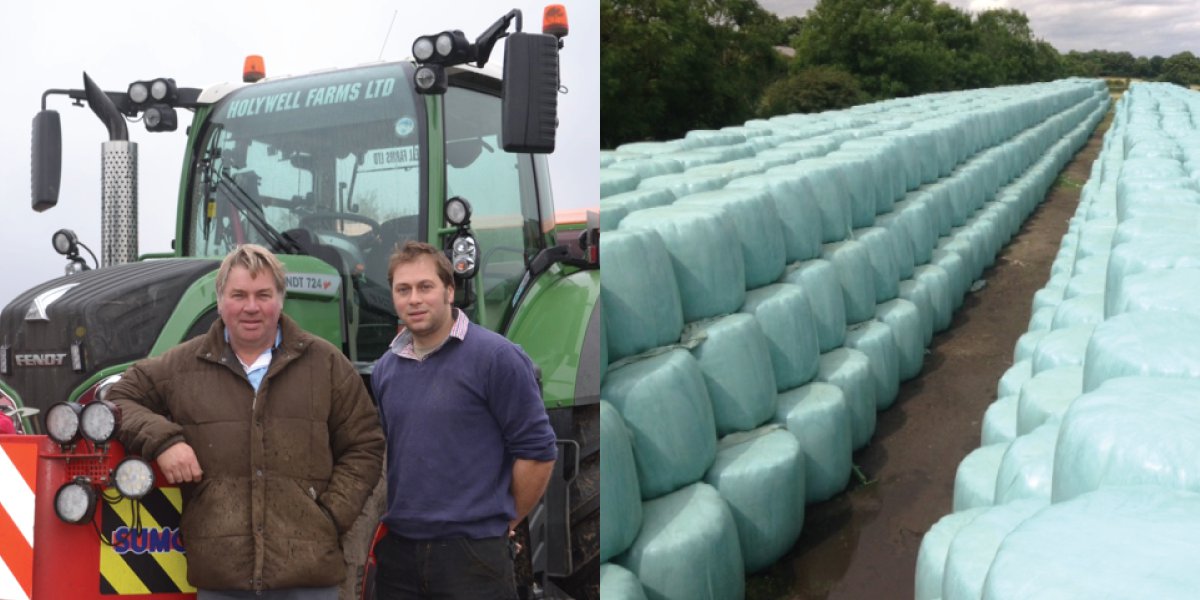 From their steading at Church Farm, they also run a DIY livery business consisting of 120 stables. All horses on site are fed the Watsons’ haylage and they also have a thriving local customer base, including top livery yards and riding schools.

Having been in the business for decades and producing 6000 bales a year, they have refined their process in order to ensure the high quality and consistency that their premium market demands.

Philip says: ‘We’ve used Double Action Ecobale for 20 years. We’ve tried other products, but always come back to it. It’s never let us down.’

‘Attention to detail is the key to making top quality haylage. We put batch numbers on everything to ensure traceability, in case there’s an issue.’

His son Shaun explains: ‘We made 6000 bales last year. I’ve only taken one back and that was for a torn wrap. We actually guarantee all of our bales, as we’re so confident of their quality.’

So, what effect does the weather have? Philip says: ‘If you’ve had three or four days rain, you put Double Action Ecobale on and it absolutely transforms it, getting the bacteria going. We don’t worry about the weather now.’

The Watson’s discerning customers not only appreciate the high quality of their haylage, they also like the extra life that Double Action Ecobale gives it. Shaun explains: ‘It says fresher for longer, lasting ten days in the stable.’

We’ve used Double Action Ecobale for 20 years, we’ve tried other products but always come back to it, it’s never let us down

Return to Testimonials Back to top