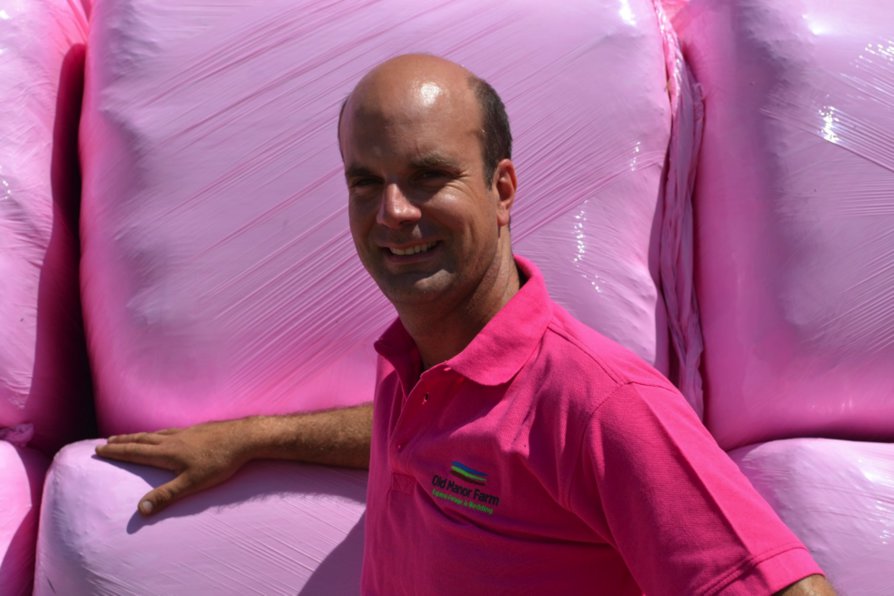 Mark and Nic Cooper are 5th generation farmers based at Old Manor Farm, Henlow, Bedfordshire. In 2002 they diversified the core farming business, which supplies Aberdeen Angus and Hereford beef to Waitrose, and started supplying the local equine market with high quality hay and bedding materials. Responding to customer demand, they added equine haylage to their product range. They now produce several thousand bales per year which are sold in various sizes, including 20kg branded bags for resale through a network of local retailers. These forage-specific bales of either Ryegrass or Timothy haylage are regularly analysed to provide consistent, top quality feed for the premium equine market.

The Coopers have used Double Action Ecobale in their haylage system for over 10 years. Mark says “We use it to boost fermentation. Our customers demand a drier haylage, over 65% DM, so we would struggle to get a good fermentation without DA Ecobale”. Mark added that by treating his bales with DA Ecobale “The haylage lasts far longer once you’ve opened the bale; some customers are still using bales more than 10 days later”.

The haylage lasts for longer once you’ve opened the bale, some customers are still using bales more than 10 days later.

Return to Testimonials Back to top